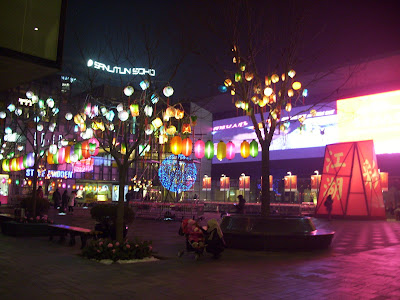 * disclaimer* these thoughts are my natural human instincts of observation. some will sound like generalizations and stereotypes but not meant to offend and may be innacurate. just what i observed.
Hubby and I just arrived back from our "fact finding week" in Beijing. I am sure this will be the first in a series of posts, but I wanted to jot down my first impressions.

That is it for now. Jet lag has set in. I will post more later.

I'm glad you're home safe. I doubt you'll want to stay there forever though, sounds crowded. You'll have to take a lot of American food with you, Peanut Butter, Brownie mixes and the like. For me, missing familiar foods was always the hardest part about living in a foreign country. What a tremendous adventure for your family.

I knew your perspective would be colorful and well said (even with jet lag) cannot wait to read/hear more.

Best line....Frogger, almost fell off my chair laughing with that mental picture of you crossing the street. Would love to know why you were reprimanded.

Interesting, I am excited to hear more!!