Life has been busy! Here are a few shots from the last couple of weeks.

Hubby and D went to Shanghai for the weekend to watch the Formula One race. I hear it was loud, high adrenaline and a blast!


I have been working hard on my health!


My amazing friend and Mandarin teacher met me for lunch and introduced me to a few new dishes.

Come visit us on Behind The Refrigerator Door this week!
We are talking about stress...

Posted by Unknown at 4:28 PM No comments: 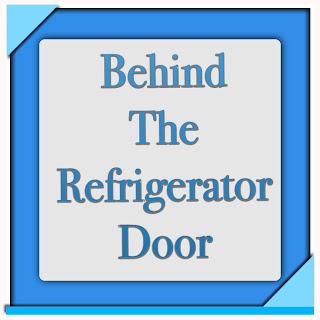 Not too many things in life are constant...like one's address;) But I have found that the need to be healthy is something that everyone, everywhere should be doing. For a lot, like me, focusing on being healthy has had it's ups and downs. It is all chronicled on my other blog: Behind The Refrigerator Door.

I do not have multiple personalities, it is the same Jen over there as is here on TimeOutForMe, although that gets a little more personal. I definitely "let it all hang out".

Someday my two blogs may merge, but for now, you are invited to follow the Behind The Refrigerator Door Facebook Page. This is NOT a place for me to blab all the time. It is a place where WE can all share and feel validated about our successes and temporary set-backs on our road to good health! I hope you will join us!
Posted by Unknown at 12:22 AM No comments:

Labels: behind the refrigerator door

When we set out on our China adventure it was unthinkable for me to be leaving my dream home and wonderful life full of friends and family. I really thought my life would just be on pause and we would return, un-pause the button, and go right back to our prior life. I even told people I would hang my pictures up in the exact same places. I can't help but laugh at myself at how naive those thoughts were! Although thinking that way helped me through the thought of coming to China.

Things change... although it stings to be saying goodbye to that life, I know that Southern California is where we are meant to go next and we are so excited about it.  I am grateful for this confirmation, I didn't really feel that about coming to China. Now I realize I could not fathom making this transition without China in between.

There are lots of questions and decisions to be made. What will we do with our Northern California home? Can we buy or will we have to rent? How will the kids do with this new transition (studies show repatriation is harder than expatriation. Yikes!)? When will we be moving? Where will we be moving to? What will the subtitle on my blog be now :) ?

I don't know the answers to these questions, but I do that it will all work out. It is a huge leap of faith, but Heavenly Father will not let us down. Like all choices in life, this has been a spiritual one with some very precious reassurances.
We leave China on or around June 14th!
Thank you for all of your support through this amazing China chapter in our lives. I mean it when I say I could not have done it without you!
Posted by Unknown at 5:58 PM 4 comments:

This is my final post of our spring break trip to Chengdu, China. We went to Chengdu to see the pandas and found so much more!
Here are some highlights from our week!


We had a great time in Chengdu and recommend it for anyone traveling to China!
Posted by Unknown at 9:34 PM 2 comments:

I have to admit that when hubby said we were going to go see an Irrigation System I was not thrilled, and neither were the kids. But this place was SO cool!
Who knew we would see so many fun things in one place? 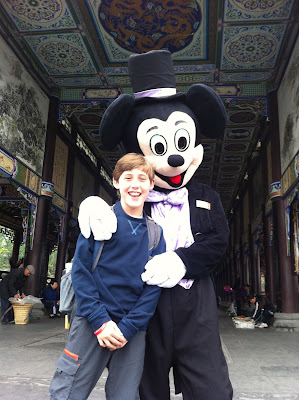 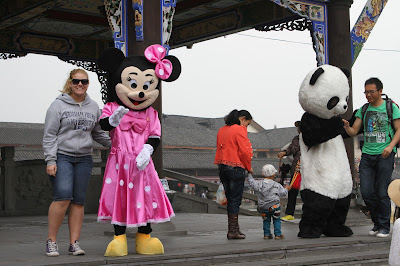 Like "Disney" characters! Even with their heads off!
This was particularly entertaining to me,
as I use to rub elbows with the characters closely when I worked at Disneyland in college. 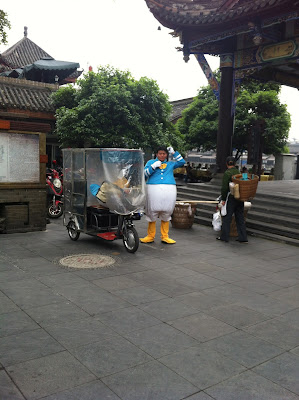 We have been to a few different places in China, but nothing as quaint and charming as this place! We took a high speed train from Chengdu to DuJiangYan, and a quick taxi ride from the train station to this spot.

We had fun getting snacks from the many food vendors. It was like we were celebs because we were the ONLY foreigners here. 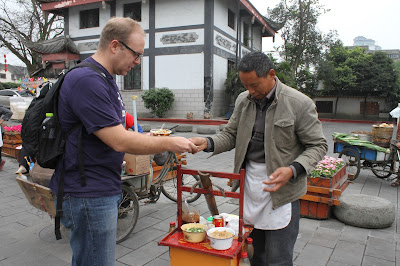 Now that we were all fueled up it was time to go hike. 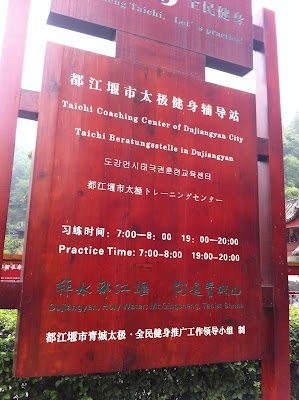 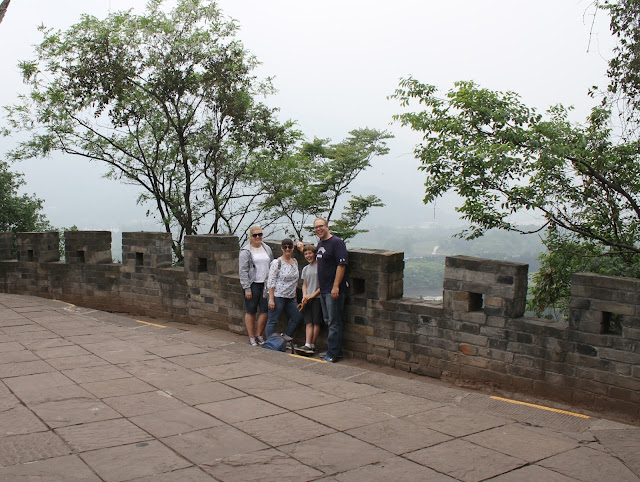 So this irrigation system is world famous because it was over 2,200 years ago around 250 BC! It is still in use today and services 36 counties.

After a couple of hours of traipsing through the hills we were in search of real food now. Luckily this street was very entertaining to search. 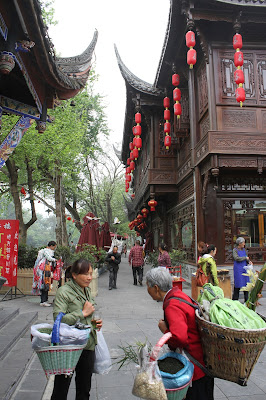 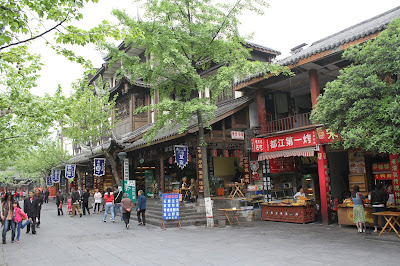 You would think it would be easy to find something to eat...but  unless you want to eat chicken feet (pictured below)... 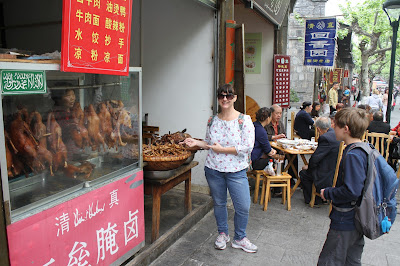 ...or at a restaurant where you can pick your live entree (chickens, ducks, rabbits) out front... then you would be like us. Still searching for a place to eat. 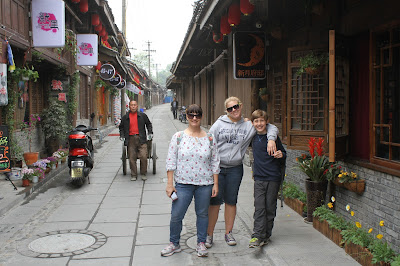 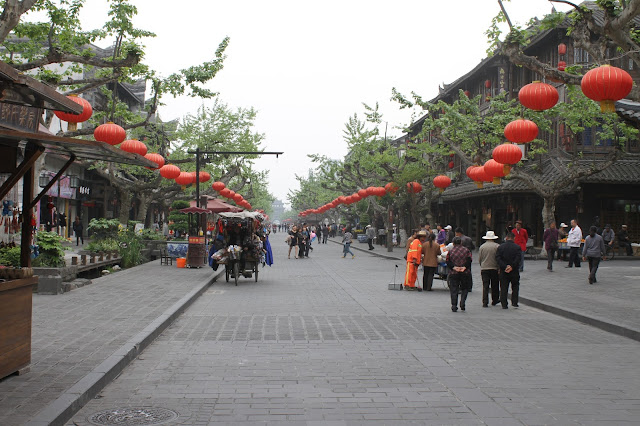 So we stopped to get some exercise on a water wheel.
It is a lot harder than it looks! 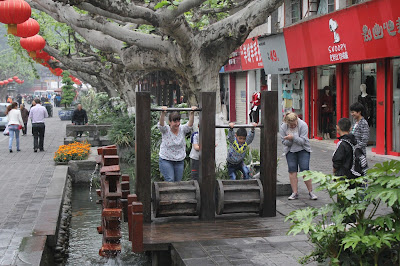 Since food was not in our imminent future we wandered into a park, and garden area, that I can honestly say was the most beautiful place in China I've ever been. 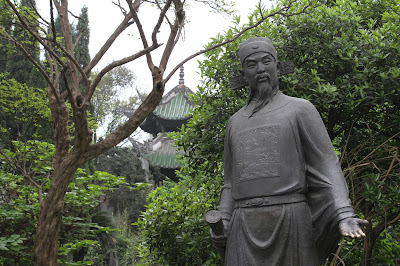 In one section of the garden there was a group of people doing traditional Chinese calligraphy and water color painting. They called us over and wanted the kids to participate. A television camera filmed them interacting with the artists. Who knows where my kids will show up on tv! They were all very kind and began giving the kids their artwork.

We saw so many interesting things that day. Just a few more examples before I leave you... 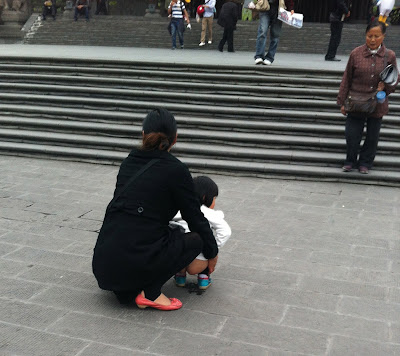 Yes! The little girl is going potty...in the main thoroughfare.


It is very common to see anything and everything carried on a scooter. Here is an example of a lot of beverages.

We made it back to the train station with plenty of time to spare. We always carry a deck of cards. Here we are playing gin rummy and drawing quite a crowd.

Thanks for making it through this incredibly long post
(you deserve to reward yourself in some way)!
Can you believe I am still not done showing you Chengdu!
Stay Tuned!
(just not today because this post took me three hours!)
Posted by Unknown at 11:44 PM 1 comment: