A Week in Sydney, Australia

Australia had always been somewhere hubby and I wanted to see. Being on this side of the world was the perfect opportunity to venture down under. (I will try super hard to leave out anymore cliché Aussie slang) Sydney did not disappoint!

After being in hot, humid Singapore we expected Sydney to be hot like we were warned. It was nice, but not hot.

I am warning you now that you will see an unearthly amount of pictures in this post, and many of them will include the Opera House and Harbour Bridge.

We bussed from the airport to the hotel and were grateful they had our room ready since we had not showered since Beijing, two days before. We then hopped on a ferry and headed to the famous Bondi Beach.

The next stop was a tour of the Sydney Opera House. We were all pleasantly surprised at how interesting the tour was. It even prompted us to buy tickets for the opera.


D saw a pamphlet for Flight Experience in Sydney. It is a really cool place where an actual pilot teaches you to fly a 737 in a real cockpit. D got to spend an hour and a half flying in and out of different airports. Good news...we didn't crash!

One of the things that made the biggest impression on me was how recreational Sydney is. Everywhere you look people are jogging, biking and sailing on the harbour. It really seems like you can work and have urban city life along with beachy leisure time all rolled into one. Appealing!

We were lucky to celebrate Valentine's Day on our trip. Hubby got tickets for E and I to see La Bohème at the Opera House.
What a treat!

We picked the perfect day to walk across the Harbour Bridge. Everyone we talked to said it was a "must" to do the BridgeClimb. However, it is extremely expensive. We decided to climb the pylons (still a small fee) instead and were satisfied with the amazing views! 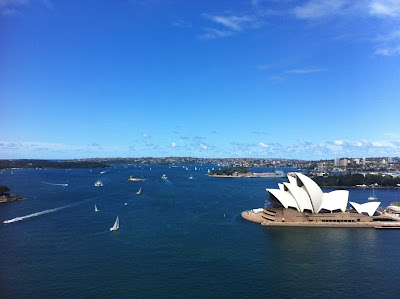 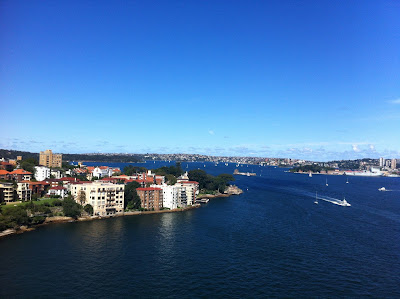 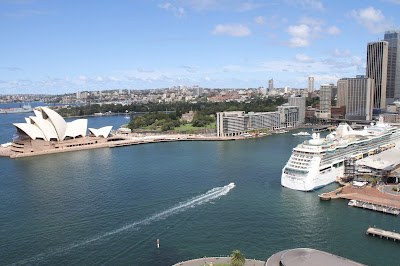 The kiddos decided they were done with mom and dad and headed back to the hotel to watch some American tv channels. Kids will be kids! So we headed over to North Sydney and had the best time wandering around the other side. 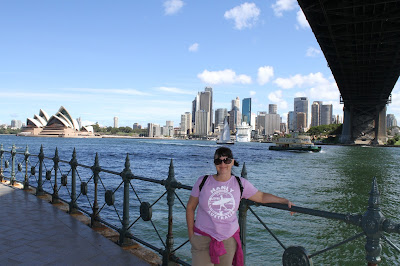 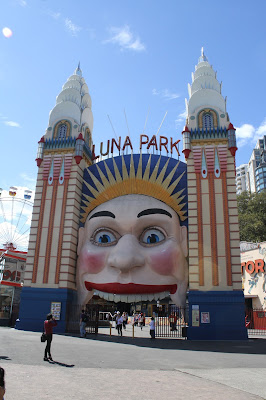 Despite Sydney not being known for great scuba diving, the three divers in my family did not want to pass up the opportunity to dive in Australia. They headed out to do two shore dives at Shelly Beach. That means I got the majority of the day all to myself. Unfortunately, the weather was not great and I had a cold. 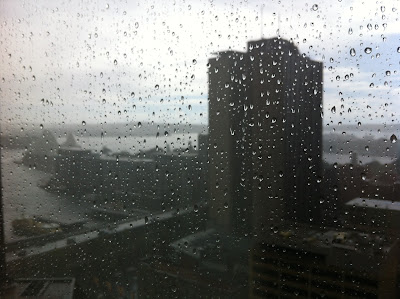 I still managed to drag myself to the Guylian Chocolate Cafe for some lunch and then window shopping in downtown Sydney.
Yay for scuba diving!


I saved the best for last! We took a day trip to the Featherdale Wildlife Park and the Blue Mountains. Seeing Australian animals up close was so cool! We all loved it!


Seeing the koalas was the highlight of my entire trip!
They are precious!

After we were done at the Wildlife Park we had lunch and headed to the Blue Mountains to see the Three Sisters. This is what we were supposed to see but it was so misty that we couldn't even see three feet in front of us.

On the bus ride back we stopped at Olympic Park. 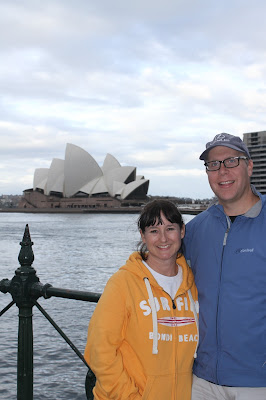 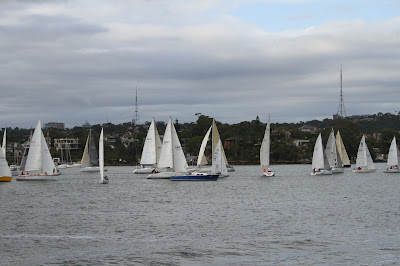 By far, one of the most beautiful cities I have ever visited! We had a lot of fun, as a family, eating ice cream and exploring Sydney. 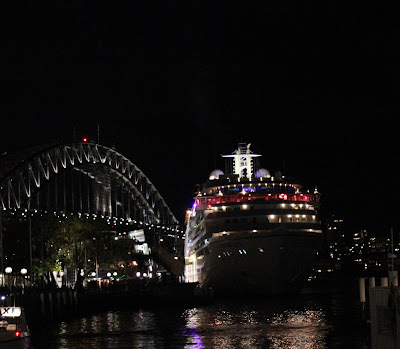 I will never get tired of this view! 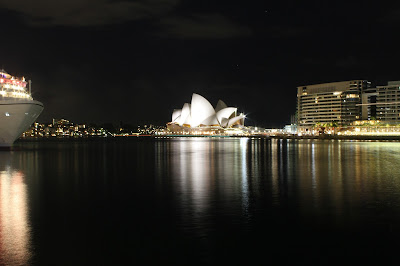 AMAZING! What a wonderful trip - makes me want to go there someday =)

Now you have to watch dance academy on netflix...it's Australian and awesome! Miss you terribly!