Since this is our first Chinese New Year here in Beijing as a family we decided to stay "home" instead of fleeing the city, as many do. This year the New Year's Eve fell on a Sunday. By Thursday all businesses in our very busy neighborhood were closed up. This was a nice change as the traffic and crowds were significantly lower.
We were warned early about the excess noise during the upcoming week. However, we could not have been warned enough. Luckily our neighborhood stayed rather quiet, but the continuous explosions around the city made it sound like warfare.
Our friends invited us over, with a number of others, to view the fireworks from their home. There were about 40 of us and we played games and ate. One of our friends, who is Chinese, told the group about many of the customs and traditions about the holiday and some memories she had as a child.

We brought a bunch of firecrackers and fireworks over. The men kids loved shooting them off. The moms were all saying quiet prayers. 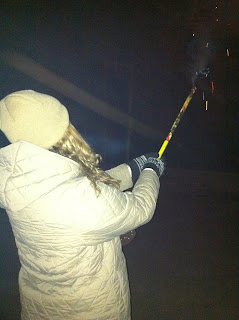 At about 11:40 we headed down to the street in front of our friend's apartment complex. It was CRAZY! As midnight approached every inch of the sky, in every direction, was bursting with color! Also, everywhere around us there were people shooting off their own firecrackers. This was not fun for me. It was complete chaos that quickly could've ended up in tragedy. Miraculously, it did not.

We left our friend's house about 1:30. The best part about this holiday is that it lasts an entire week! And we can do the firework thing every single night!
Yippee! (a little sarcasm there)
How did our kids spend New Year's day?
The 13 year old girl... 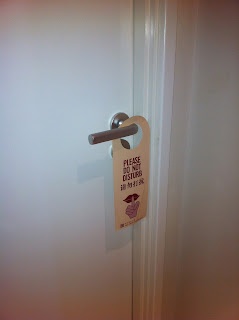 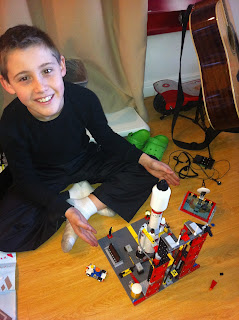 Our kids received their hong bao! 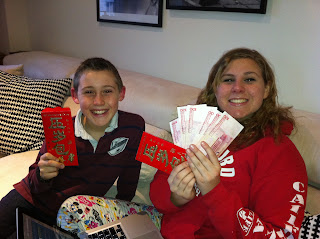 Lucky kids!
Posted by Unknown at 2:05 AM