Who said Japanese don't have a sweet tooth?

Of course, my very first picture post HAS to be about food! 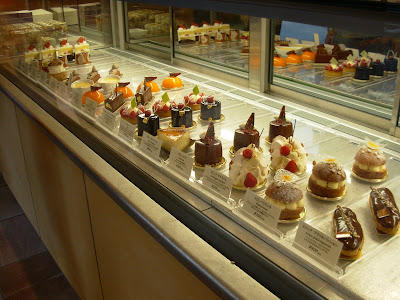 Patisseries and chocolatiers that rival Paris are popping up ALL over Tokyo! 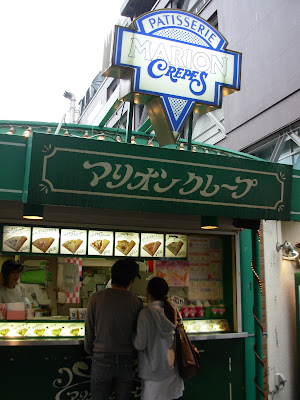 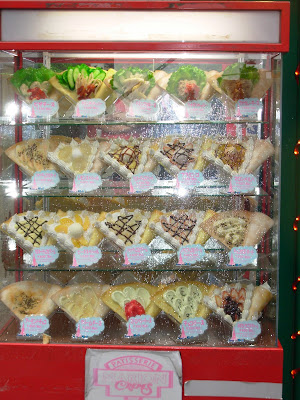 Look at this assortment of crepes! This isn't the only thing borrowed from Paris. This picture is taken just outside the Tokyo Tower, which boasts being taller than the Eiffel tower. But it just didn't give me goosebumps like my favorite Paris friend. Could be the bright red color, the mounds of attenae or the huge building at it's base... 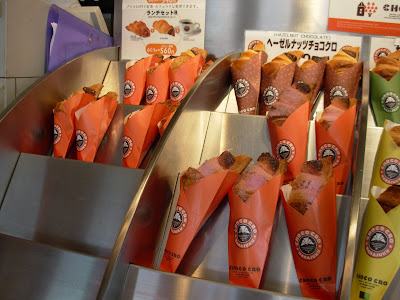 We stumbled upon this place, discovered from La Fuji Mama, and it did not disappoint! These are filled, fresh croissants. Each color wrapper has a different filling. I chose chocolate Hazelnut...mmmmm!

One of my favorite places in Paris is here in Tokyo too! I almost screeched out loud! 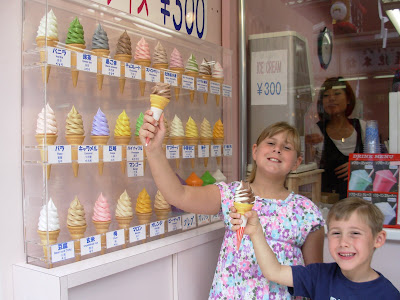 One of the things that Japan has perfected (stay tuned for more) is soft serve ice cream! I could never understand why hubby was so passionate against the "iced milk" served here in the US. After trying the soft serve here I can understand why! It is rich and creamy and look at all of those flavors! 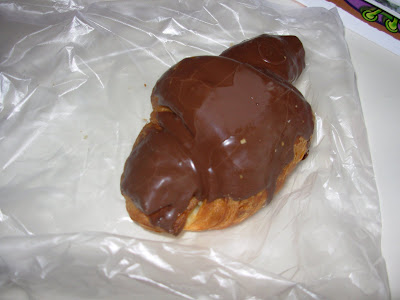 Perfection? Pretty darn close! This croissant is not only filled with chocolate, it is covered in it too! 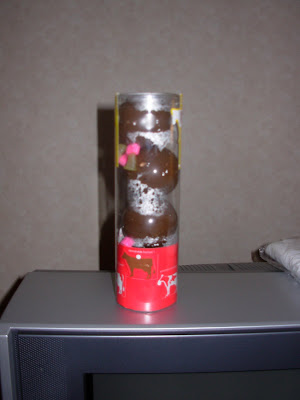 Okay...this tube had to prove the most interesting dessert we found. We picked it up in a grocery store. It contained four rubber balls, which we thought had chocolate milk in them. After looking at the directions...you pop the ball and the balloon-like film disappears to leave behind a decadent chocolate ganache ball. It is mildly flavored with orange and it also comes with an orange sauce to cover it with. Definately a yummy surprise! 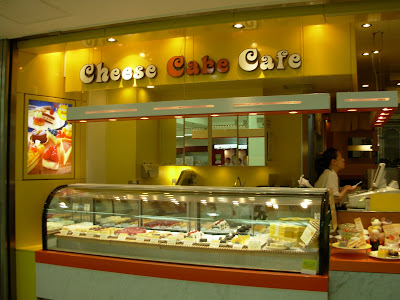 Their version of The Cheescake Factory, this one is in a train station! 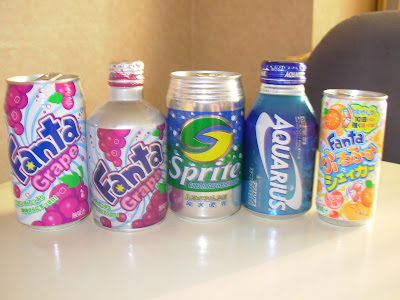 The orange soda on the right actually has orange gelatin mixed in with the soda, a bit weird to me. The best soda we had was at Tokyo Disneyland and it was melon soda. It was so refreshing! So I have determined that if we do move to Tokyo it will be just as hard to lose weight! Can you see why hitting the gym is top on my list of things to do?

You are one lucky family right now. Way to go girl. I am loving all the pictures. Everything looks so good that I gained weight reading this post. Keep on having fun.

Thanks for the pics. I love them. I am so glad that you had a great time!!!